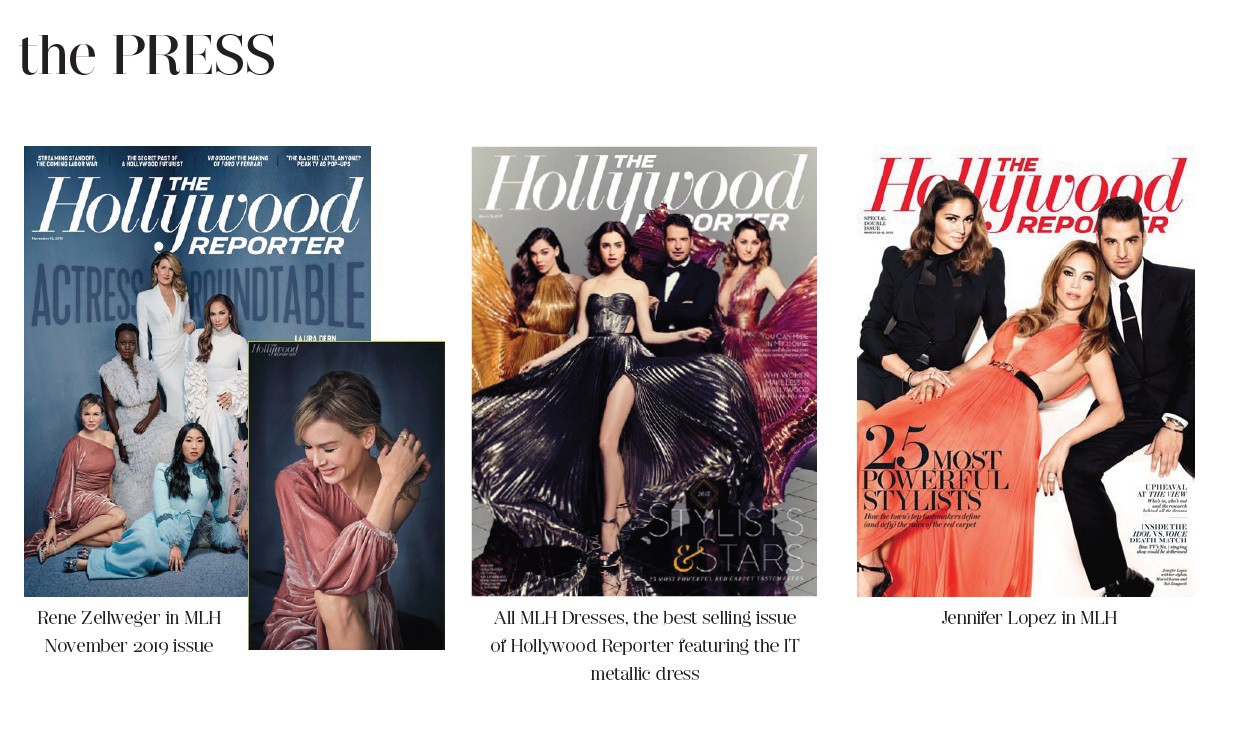 Maria Lucia Hohan's three covers on one of the msot prestigious lifestyle and entertainment magazines in the US.

The Hollywood Reporter (THR) is an American digital and print magazine, and website, which focuses on the Hollywood film, television, and entertainment industries.

It was founded in 1930 as a daily trade paper, and in 2010 switched to a weekly large-format print magazine with a revamped website.

With a record-breaking audience growth, THR is said to garner on average, 21 million comScore unique visitors on its website each month. Their print subscriptions are steady at 70,000, with a print readership of 100,000.

One of the largest entertainment news titles in the US, THR has also declared that the Maria Lucia Hohan metallic dress cover has been one of the best selling issues of 2019.